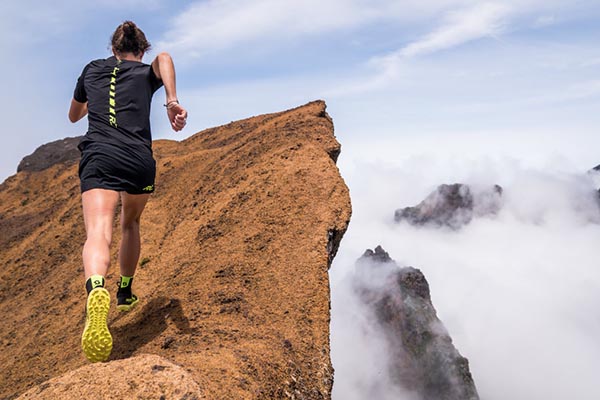 Trail running and ultras over the past couple of years have become the “in” thing to do. We talk in acronyms like UTMB, UTMF, TDG, UTWT, and if you are a seasoned ultra-runner you probably know what all of those mean. Especially in Asia the trail running scene is booming. People are bored with road races, wanting a different challenge, and therefore switching over to the trails, which is great to see. Trail running brings a new way to experience and explore the outdoors that your standard road race just can’t provide.

But no longer are people racing 50km or 50miles. We are pushing the envelope, how far can you run? 100miles? ….200miles? Where does it stop? And what is the “why” behind it all?

People always ask me, “When will you do 100 miles?”, “You haven’t run an ultra until you have run 100miles”. When I get asked this question I get an instant flashback to a time when I too was getting lured in by the sparkly and shiny lights of the ultra world. It was Lavaredo in 2017 (a 120km race with 5,800 positive gain in the Dolomites, Italy) that taught me a valuable lesson.

Leading up to Lavaredo I was on track to run 100miles and I was eyeing either Western States or UTMB. The distances I was racing were also getting longer and longer. At the time I thought of a 50km race as “short”. Weekends were filled with spending hours on end on the trails. Before this ultra-thing my LSD (Long Slow Distance) was 2 hours; that was a short weekend run then. My whole perception of distance had changed, I had gotten trapped in the mindset that many ultra-runners get in of chasing vert, quantity over quality; that running more was going to make me a better runner, which is not true.

Going into Lavaredo I was excited for the competition and looking forward to seeing the sunrise over Tre Cime. Overall I felt that I had prepared adequately but as it turned out race day did not provide the “enjoyable” experience I was hoping for…

The race kicked off at 11pm and while “normal” people were out having a quiet drink we were toeing the line about run off into the darkness. The first 66km went somewhat smoothly but then things started to go downhill… figuratively. Up until this point I had been doing well with nutrition and consuming at least 200 calories an hour, but then I felt a wave of nausea come which quickly transitioned to me violently throwing up the contents of my stomach. I slowly kept making forward progress but the second half of the course contained even more climbing, my stomach didn’t settle, and I just felt like for the whole day I didn’t get into a rhythm. I quickly switched from competitive to survival mode.

In all honesty, I wanted to pull out, but it was not an option given that I was still physically capable of finishing.  It was during this time (I had plenty of time to think) that I started to question why am I doing this? Like most trail runners, I do it to see and explore new places, be in nature, but really to test the mind and body by having to work through the physical and mental challenges you are presented with during a race. But do we have to run ultras to put ourselves through this test?

Additionally, running for this long through that sort of terrain can’t be good for you. I was moving for nearly 15 hours, throwing up, hourly ingesting energy products so that I could get myself to the finish line. The after effects of such a race for me normally are nausea for 24 hours after, sleeplessness from the gels and powders, swollen feet, water retention of my body of up to 4kg, physical fatigue, black toenails, and I don’t even want to imagine the detrimental long term effects this is having on my hormonal system. Not to forget that it normally turns me off even wanting to run (the sport I love so much) for some time after.

There is always a silver lining, right? What did I get out of this suffer fest of a race? I got a well needed wakeup call and I learned the importance of respecting the body and having patience. Doing that 120km taught me that my body was not ready for such a stress of 100 miles, or in fact more races of that equivalent distance.

Although, as humans, it is inherent for us to want everything now, to do everything now. I too had fallen victim to this mindset in relation to doing ultras. I had gotten caught up in the hype and stepped up to the longer distance when my body was not ready.

So, if you are like I was and considering running 100 miles or even further and you don’t have the base training or preparation, what is the rush? Why do you have complete 100miles when maybe to date your longest race is a 42km road marathon? Don’t be like me and learn the hard way. First try 50km, allow your body to adapt and get really strong at that distance, dial in your nutrition, then try 70km…. It is like trying to put the roof on a house without laying the foundation, it is just going to fall down. You most probably will be able to finish the race, but will you really enjoy any of it if you have not prepared your body properly? and what long term damage will you do?

It was not until after Lavaredo when I started focusing on shorter distances (50km and less) that I discovered they provided the same mental and physical challenges that I seek. Whether it be by doing the Mt Blanc Marathon in Chamonix, or racing up to 4,700m in the Yading Skyrace in China they all provide me the opportunity to explore a new area and are parallel to any ultra. Although shorter races may not be as cost effective in the sense of $/km but the up side is that they don’t take your body as long to recover from.  Additionally dropping down in distance has given me time to tone back the volume and work on my speed, which I know will all pay off when I eventually decide that I’m ready to step up the distance.

Lavaredo reminded me that running is a process, it is not about ticking boxes just to say I have run XX distance. It is supposed to be enjoyable, and something that has longevity. At the end of the day we only have one body, and I am trying to learn to take more care of it, which for me meant aborting the hype train heading for 100mile city, and to just have patience, which sometimes can be really hard to have.