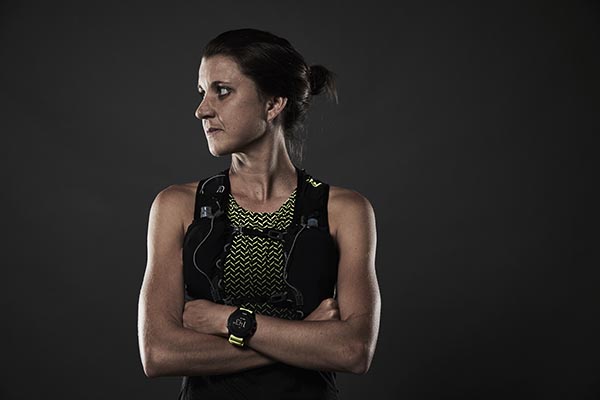 My last memory of the marathon was 3 years ago at Tokyo where I went through the first half too fast, blew up in the second half and had what felt like a slow death to the finish where I ran 2:40:59. I shuddered at the thought of that race, it hurt so much, but I knew that with Tokyo I had only had 7 weeks to prepare and transition from trail to road. I believed if I had more time that I could do better.  Also, I don’t want to limit myself to trail running, don’t get me wrong I love trails, but I wanted a new challenge, and new training structure. I also believe that being a diverse runner is important, and that you should not just continually do races that you are good at. If you are able to challenge yourself in other events, or on different surfaces it gets you out of your comfort zone, and helps to make you a stronger runner. I also felt that doing the road marathon will benefit my trail races by helping me gain some speed, become improve my running economy. There is also something about getting a finishing time, you don’t get that so much in trail races. The time does not lie, you know exactly where you stand – and I like that.

My coach and I decided on Seoul for a few reasons. 1. Being that because I had not done a road marathon in the past 12 months I could not get an elite entry to any of the top marathons in Japan for example Tokyo. 2. It’s a fast course and a good cool temperature. Lastly, the travel and time difference also works better for Asia than going to Europe. So Seoul it was.

Essentially my marathon training began in January and I had a 14-week build up to Seoul. January through until May is also when I would normally do my base training in preparation for the trail racing season. With this in mind my coach also wanted to make sure that we had a base similar to what I had done the previous year. Therefore the first 4 weeks a lot of my sessions involved hills. I got frustrated at this decision because I felt I needed to get my legs moving on the flat not up hills. But My coach is a strong believer of using hills to build strength, he also added in some shorter hill fartleks which got me working anaerobically but without as much impact. He was aware that since leaving Taiwan nearly 100% of my training was on trails not on the river path or road, therefore we needed to get my body adapted to running on harder surfaces, and I could not just drive straight into running on the road.

The marathon specific workouts began. Some of these were repeats from my Tokyo preparation, for example the 20, 20, 20 session. This involved 1 hour at steady pace (4min per/km), then 20min at marathon pace, 20 min at half marathon pace, and then 20min at 10km pace (but to be honest the last 10min was just trying to finish as strong as you could), then a 20min cool down.   This is one of the toughest sessions I do. Another session would be 20min warm up, 1 hour tempo followed by 20min fast running, and then 20min cool down. A fartlek, which would be 3 min hard, 2 min float (so not a jog but still at a quick pace) 8 repeats. One session I love is 8 x 800m on a 5% gradient with a fast jog back to the start between reps. A lot of these sessions though were getting my body use to running at marathon pace which initially felt horrible!

About 5 weeks out I did a half marathon which was more like a time trial…Let’s just say the road races in NZ definitely don’t have the number of participants as in Taiwan. I ended up running up on my own from start to finish and did 1:17:11. I was disappointed in it but then in hindsight it was not a flat course, I was running on my own, and it was a particularly muggy day. Even so though it did not give me much confidence in my fitness.

My coach had said to me that if everything went well on the day that he thought 2:35 was achievable, but that I should also have a backup plan if I am not able to hit those times in the race then plan B is to get a PB. With how my preparation had been going I definitely thought he was being overly generous in saying that. But as Jason pointed out I always say that training had not been going well before the marathon….But honestly it hadn’t been! The majority of the sessions had been done on my own, where I was living in Wanaka did not have many flat roads without traffic, and often it was really windy which always effected my target pace and in return my confidence.

The final 4 weeks involved a lot more speed sessions and my highest mileage which was 145km. Then 2 weeks out I had a 12km time trial, then the mileage dropped considerably and I had some sharpening sessions. What I love about doing road sessions is the instant feedback, your watch does not lie on what pace you are going and so you know exactly where your fitness stands. With trail because of the terrain and gradient etc you don’t get that feedback and have to go off perceived effort. What I was finding in all my road sessions was that I would start out hard and on pace then when I was 50% through the workout my mind would wander to negative town, 「this sucks」, 「why did I want to do road」, 「I just want to stop」, 「stupid wind」. Naturally I noticed from half way to three quarters of the way my pace would also drop and I would not be hitting my target times, then when I only had a quarter left I was always be able to speed up and finish strongly. So, it wasn’t only my legs that needed training but also my mind.

When the gun went off my first goal was to get in a group that was going my pace.  It was not until about 8km in when I found a guy who was going my pace so I tucked in behind him, and let him pull me along. Gradually our group grew from 2 to over 8. We were ticking off the km, I was having a gel every 30min, it felt comfortable but there was still a long way to go. My coach had said the marathon is all about staying relaxed and being able to concentrate for the entire race. He said to think about it as 8x5km (plus a bit) and break down the distance, and to not keep looking at my watch every km. In my mind I was thinking a good day would be 2:37, but even so I had still had written every 5km and half way split for 2:35 pace on my hand.

I went through the 21km in 1:17:51, slightly slower than what I wanted to. The pace of the group was also slowing, but I did not panic. I made the decision to break away because if I wanted to do 2:35 I really needed to get moving. The next 5km I worked hard… really hard to catch a group ahead of me. It was during this 5km that I started to feel as though I was over reaching, thoughts of hitting the wall started creeping in 「I’m going to blow up」, 「it’s just a matter of time」. Up until this point though every time I noticed my mind wandering from what I was doing I would repeat the words, 「relax, control, focus」 again and again on repeat. I found this really effective in bringing my mind back to the present, and positive words beat negative self-talk any day. I caught up to the group ahead and sat behind them and suddenly the pace started to feel more manageable. I looked at the 30km split, 「whoa I’m under pace by a lot, maybe I can go under 2:35…. relax, control, focus, relax, control, and focus」. With 7km to go things started to get tough, I could tell I was losing my form but I was still under target pace. There were three guys I was trying to hang onto but they were starting to pull away. I just had to hold it together for 3, 2, 1km…finish.

I crossed the line in 2:34:18. I was stoked that it had gone better than expected but overall I was relieved that it was over.  I did not know it at the time but it qualified me for the World Champs in Doha in September, which I will not do as I will still have trail races at that time. A lot of people also said I had qualified for the Olympics but unfortunately the NZ ‘A’ standard is 2:29!

As I mentioned earlier I had signed up for Seoul as I felt I had unfinished business after Tokyo that I wanted to put to bed. I was hoping that Seoul would be the closer to the marathon for a while but it is actually the opposite …. I would love to have another crack at the road, as I believe there is still room for improvement, but it would require more of a commitment than just three months. With my current obligations to the trail season with SCOTT this road marathon business will have to wait, but hopefully not too long.